Is it Time to Think In the Box? 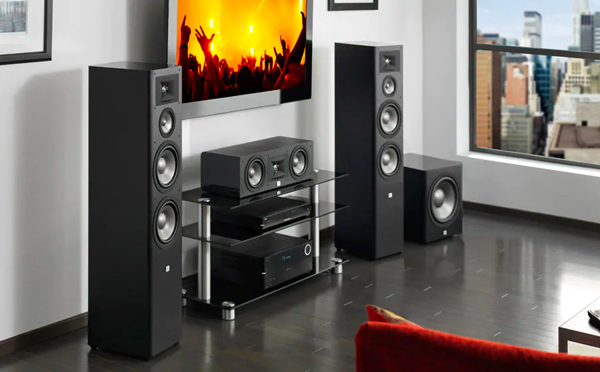 Speakers are a passion of mine and have been for over 40 years. The time when I was thirteen and went speaker shopping with my dad at the LaBelle’s showroom in Tucson is still firmly etched in my brain. (For any really old Tucsonans out there, LaBelle’s used to have the best audio showroom in Tucson. Odd, since they were primarily a catalog store!) Once I realize just how good music could sound on a quality pair of speakers, I was hooked! In college I even started my own speaker company, Aesthetic Sound Loudspeakers (the original “ASL” you might say!). I have never stopped being a fan of really good speakers to this day. So, it has saddened me greatly to see how far many people have regressed since the 70’s, in terms of their appreciation for sound quality!

Who Needs a Box

So, you may be asking, if I can flush-mount my speakers and paint the grilles to match my ceiling or walls, why would I want an ugly box in my room? Well, there are several reasons for that. First, the box exists to trap the back wave of the drivers of your speaker (i.e. the woofer, midrange and tweeter). The back wave is 180° out of phase of the front wave, so it will cancel out the front wave if it’s not properly contained. Drywall is not very strong, structurally (try building a house with just drywall!) so it doesn’t contain the back wave very well, especially the lower frequencies. Second, the box allows the drivers to physically extend beyond anything at their sides, which minimizes reflections that smear and color the sound. A flush-mounted speaker is just that – flush with the walls surrounding it. This is the absolute worst position to place a driver. Third, a box allows proper speaker positioning, as I’ll discuss in more detail below.

Most modern speakers are very directional. In other words, the sound they emit is dispersed in a relatively narrow conical pattern. Whether you use a box or a flush-mounted speaker, placement of the speaker relative to the listener can be critical. For background music speakers or surround speakers, placement is less important. Generally you are looking for a more diffuse, non-directional sound in those cases. However, for your primary speakers – i.e. the front two for a stereo system or the front three for a surround sound system – they absolutely need to be aimed directly at the listener. Picture them shooting out a narrow cone of sound, perpendicular to the face of the speaker. If you’re not directly in the path of that cone, you’re not getting the correct sound. Not even close. When I see people with their main speakers mounted in the ceiling, I cringe. This is the worst possible thing you can do! It’s like talking to someone with your head turned 90° away from them!

I have just barely touched on this subject, but I could go on and on, because speakers are the heart of any audio or video system. If you skimp on the speakers, you are doing yourself a great injustice. Box speakers are vastly superior in terms of sound quality and are highly encouraged for at least your main 2 or 3 speakers. If aesthetics or space prevents this, at least invest in a high-quality, properly-placed set of in-wall speakers. Using in-ceiling speakers for anything but surround sound or background music should be against the law, in my humble opinion! Overall, the key point is that speaker quality matters and, yes, you can hear the difference!