I’ve been in the audio/video field as a hobbyist or as a professional for over 40 years now. During most of those years, speakers have been my primary passion. I even started my own speaker company in the late 80’s. (Unfortunately this was before the internet existed, so I wasn’t able to do much with it.) During most of those years of studying the best way to reproduce sound, I noticed that customers wanted ways to deal with how speakers look in their homes. In the 60’s through the 80’s, speakers were pretty ugly – big, brown boxes. This was the motivation behind my company, which was called Aesthetic Sound Loudspeakers. If you had to have speakers in your room, at least make them look good, right!

Around the time I was trying to create better-looking speakers, a company called Sonance was inventing what soon would become the standard for home speakers, the in-wall speaker. Now more commonly referred to as “architectural loudspeakers”, these seemed to solve the problem of having to look at speakers in the home. Soon thereafter, they even came up with round versions for putting speakers in the ceiling. Problem solved, right? Not completely – read on…

While in-wall and in-ceiling speakers were being developed and perfected by Sonance and others, several different companies tried their hand at going to the next level – making a truly invisible speaker. I remember going to several trade shows where the new company of the day showed their approach at making a truly invisible speaker. Usually this involved some sort of actuator that you mounted behind the drywall, which vibrated your wall and used it as a speaker. They worked poorly at best, and generally made very quiet background music on a good day.

So, fast-forward to modern times and I was recently attending a demonstration at the Sonance headquarters in California. Having long since perfected the in-wall speaker, they had been trying their hand at a truly invisible speaker. When they demonstrated their version of the invisible speaker, however, it truly blew me away. These things actually sounded good! But they were 100% invisible – no grills, no nothing! Sonance even has an “Invisible Theater” in their showroom. You walk in a room with a picture hanging on the wall, thinking you’re in the wrong place for a demo. But suddenly the picture becomes a TV and sound comes out of the walls in front and behind you. Your mind is both confused and amazed at the same time!

It's obviously very difficult to show you a picture of an invisible speaker, so I’ll just include an image of a really nice bedroom with no sign of speakers messing up the design anywhere. You just have to trust me that the speakers are there! 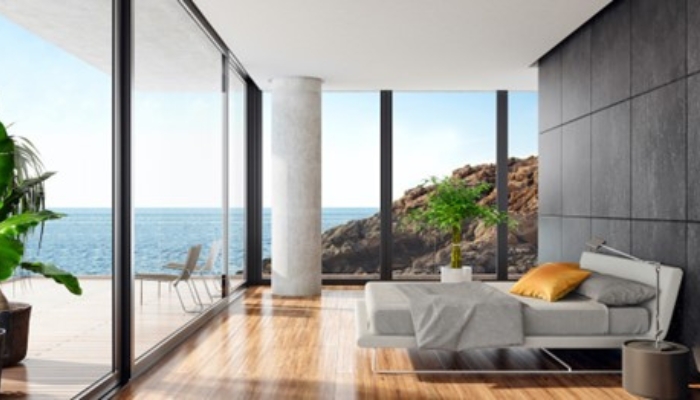 Please see the link below for more information on the Sonance invisible speaker line:

Invisible speakers are finally a reality. They’re currently very expensive, and I don’t think they’ll ever be as good as box speakers – the laws of physics still apply. But for anyone who has a home that they’ve painstakingly designed and decorated, invisible speakers are a great option to bring in sound wherever you want without changing the aesthetic one bit. Give us a call at ASL and we’ll tell you more!

What Level Will You Rise To?